Fallout 2 on Game and Player 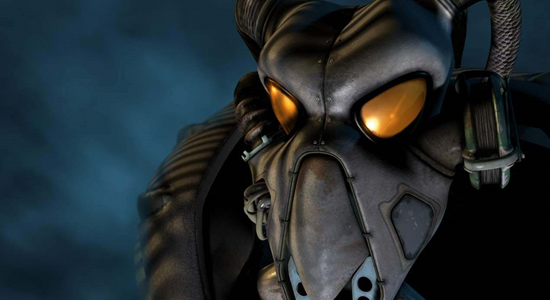 he first Fallout game was widely popular and gathered many positive reviews across the board, so it was no surprise that Black Isle Studios would decide to make a sequel. At first glance, Fallout 2 looks a lot like the original. Many of the graphics look the same or slightly improved. The same, familiar engine from Fallout is there, with the isometric viewpoint and turn-based battle system. The SPECIAL statistics system also returns, along with the skills and perks found in the predecessor. Much new content has been layered on, game mechanics have been improved upon, and they ditched the infamous time restraint the original had on its storyline. Fallout 2 also features a more adult-oriented world, complete with drugs, prostitutes, and plenty of toilet humor. 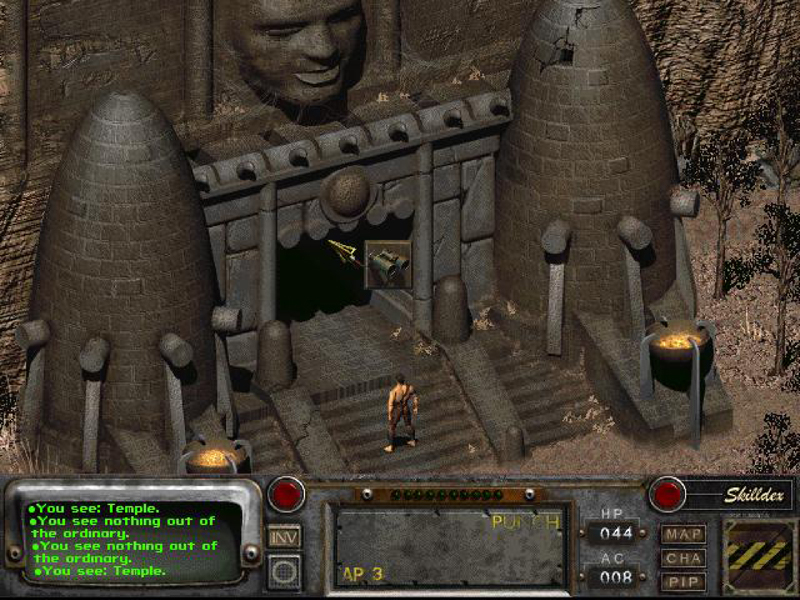 Fallout 2 takes place around 80 years after the first, when the brave vault-dweller was sent on a quest to leave the vault and seek out a water chip to save his people — and subsequently have to save his people from the impending super mutant invasion. In the sequel, the vault dweller's ancestor, a tribal warrior becomes the chosen one and dons the vault dweller's uniform. The chosen one is given the task of finding a GECK (Garden of Eden Creation Kit) to save the tribe from starvation.

Fallout 2's world is much larger than its forerunner. The time limit on the main quest has been (thankfully) removed so you are free to roam the wastelands and do as you please, moving the story along by completing various quests. Because of Fallout 2's huge open world and sophisticated skills system, it makes the game a very hardcore roleplaying experience, and may turn off players who dislike a lot of exploration and non-linear story paths.

There are loads of side-quests to do, and unlike the original, most had you traveling between several locations to complete them rather than running back and forth between a couple screens in the same town. Because of the increased size of the world, there is an optional task where the player can repair a car which can be used to travel around much faster than on foot. Along with quests, non-player characters are also more developed, gaining experience and skills as the player does, and having the option to trade with the player for items, weapons, and armor they can use.

NPCs have more capable combat AI.Their path-finding skills leave a little to be desired all too often, though, especially when they start setting off mines or attracting unwanted attention from hostiles.

Fallout 2's skill system is a lot more balanced and useful than the first game's. For example, unarmed combat skill doesn't simply help the character punch and kick more accurately, but adds martial arts-style moves into the mix for better variety of punching and kicking. The non-combative skills are more useful, such as science and engineering. Barter no longer allows you to trade for free. The range of skills and the amount of customization can make or break a character, so be careful when building your skills.

Fallout 2 may be a fantastic roleplaying game, but it is not without faults. The initial release of the game overlooked an astounding amount of bugs. Most of the glaringly obvious ones are fixed via the official patches, and hundreds more can be fixed with a fan-made patch. The only other poor choice for the game was recycling the music from the original, save for the addition of a few new tracks.

Beyond its faults, Fallout 2 takes everything its predecessor did and improved upon it, making the game a much more solid and balanced roleplaying experience. This title comes heavily recommended for fans of the first game or even for fans of Fallout 3's story and world — if they can stand the old 2D graphics.