Baldur's Gate II: Shadows of Amn on Game and Player 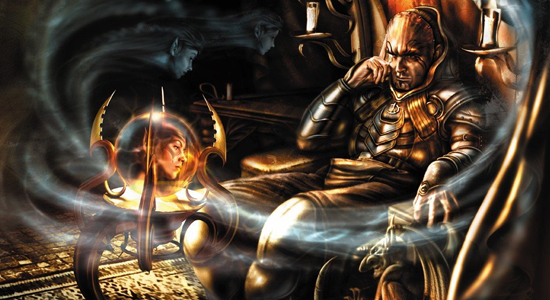 f the original Baldur's Gate wasn't epic enough for you (it surely was for me), Baldur's Gate II cranks the grand storytelling and roleplaying knobs up to 11. It shares the same engine as previous games developed by Black Isle and BioWare, the Infinity Engine, so those familiar with the other games will feel right at home with the interface. Not much has changed with the GUI between installments other than the enhanced graphics. 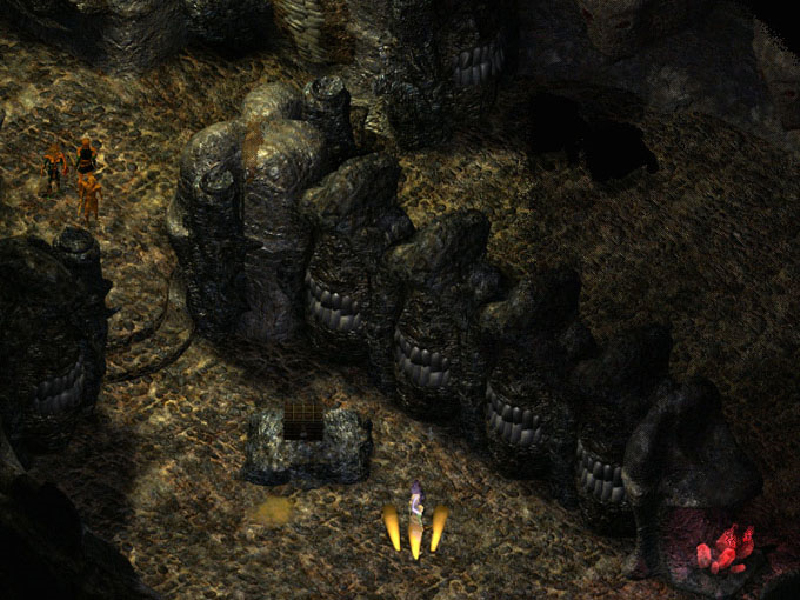 There are hundreds of
beautifully drawn backdrops on
which the world is set.

At the conclusion of Baldur's Gate, you learned the lead character was in fact a child of the Lord of Murder, Bhaal. Baldur's Gate II begins not too long after the first installment ends. You find yourself trapped in a tiny cage with a strange man doing harsh and taxing experimentations on you, continuously causing you to black out and having no clue how you came to be here.

Soon the man is distracted by a distress call of intruders and your childhood friend Imoen is able to free you from your cage. After finding more of your old companions also held captive, you soon learn the man who took you captive is a powerful mage named Jon Irenicus. After you his dungeon, Irenicus is outside blasting a group of thieves with powerful magic. Imoen loses her temper and casts a spell at him. Next the Cowled Wizards show up and try to arrest Irenicus for unlawfully using magic within the city of Athkatla. He willingly gives himself to them but they take Imoen too, so he must have something up his sleeves. They are taken to Spellhold, a prison for mages, and you set out to find a way to free Imoen.

There is a lot to do in Baldur's Gate II aside from the main quest, which makes it one of the most diverse roleplaying games ever created for the PC. Many quests you can go on depend on what class you play for your main character, who you choose as your companions, or just happening to be in the right place at the right (or wrong) time. There are sixteen companions who can join you in your quest, most of whom have their own side-quests. A lot of factors can determine how certain NPCs will react to your lead, also, including your Charisma stat, reputation, and other NPCs who are currently in the party. The amount of quests in the game is astounding, and you'll usually come across two or three more while trying to complete one. A good record of all the quests is kept in your journal, separated by complete and incomplete ones, giving you the latest details on what you're doing and where you need to go. 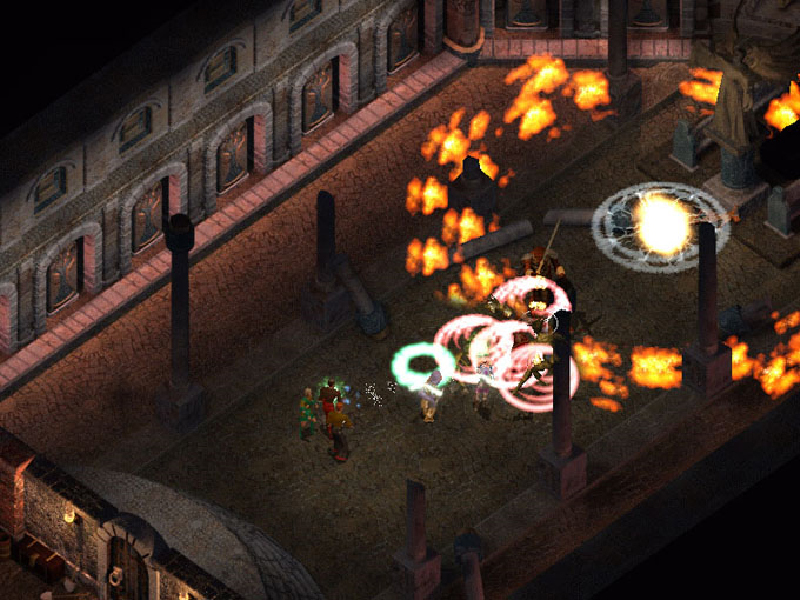 Be joined by as many as
sixteen companions.On top of the epic story, large amount of interesting quests, and depth of characterization, Baldur's Gate II also offers hundreds of beautifully drawn backdrops on which the world is set. You can almost feel the dusty stone roads or smell the fresh forest air while you're exploring. In addition, other graphical elements are greatly enhanced in this installment to the series. There are a lot more types of enemies in varying sizes, including three dragons. Animations are smoother, especially spell animations which are quite pleasing to the eye.

Baldur's Gate II has some quirks that add a lot to the character development and story, but often can become a nuisance and bring up dialogues between characters during very awkward situations. Your companions will occasionally speak with you, telling you things about themselves, discussing current issues with you, or learning of your past. These interactions seem to happen a lot while you're in the middle of an important quest and don't want to be distracted, or a female NPC might bring up something about your and her more intimate relationship when you enter a dungeon full of beholders.

For anyone who has played and enjoyed the original Baldur's Gate, the sequel is a must-play. It takes everything the original did right and does it even better. This game pretty much showed off the peak of the Infinity Engine's power and is well-deserved of the high praise it got critically when first released.