The Punisher: No Mercy on Game and Player 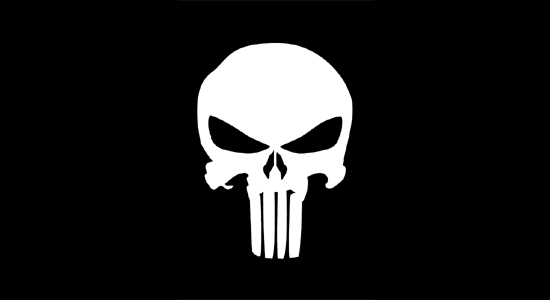 The Punisher: No Mercy

ince its announcement as a Playstation Network exclusive, No Mercy has had me curious. What exactly would make a $9.99 first-person shooter worth playing? There are several aspects of gameplay that could qualify a shooter as worthwhile. All aspects need not be present to qualify such a game as effective, though something must shine in order to satisfy the consumer. For instance, the high-end graphics of Crysis test the limits of the most powerful of personal computers. While not as groundbreaking, a game like Uncharted still satisfies with compelling story and unmatched voice acting.

What was paid for: the game looks
no better or worse than expected.

So how will a game like The Punisher: No Mercy make its mark in the genre — or will it, even?

It starts by claiming every mode of gameplay shooter fans asks for. Story mode, co-op and competitive multiplayer for $9.99 is quite appealing. Until launching into your game of choice, at which time harsh reality begins to set in. The generically bland multiplayer experience is possibly the best feature. It amounts to a very average online experience, if it were to have been released 10 years ago that is. Graphically, No Mercy isn't as ugly as my comparison. Expectations aren't very high considering its price. The game looks no better or worse than expected. Team based online play is difficult due to draw-in issues with name plates, the only visual indicator of team affiliation. Difficult lag related issues sometimes make this mode unplayable. Along with zero customization of control sensitivity, No Mercy feels as though its online experience is on the bell curve.

As a childhood fan of The Punisher comics, I was excited to see what would be told within No Mercy's campaign. Story mode consists on four multiplayer style matches filled with respawning player-bots. Each level separated with comic style frames punctuated with some very monotone voice over work. Further separated by loading screens featuring play tips, fully equipped with horribly translated text are quite fun. Learning that weapon upgrades will make you "more better" shows that corners were cut and attention was not paid to the details. To be kind, quite a letdown, expect the same experience with co-op.

An action-based weapon
upgrade system stands out.The game isn't entirely second-rate. An interesting aspect of No Mercy is the action-based weapon upgrade system. After every death a weapon upgrade sequence begins. This timer-based system allows for a single upgrade for a weapon in what I estimate to be every 10 seconds. Choosing which of your three weapons to upgrade adds another layer of depth to your standard FPS experience. The choice of whether to rush or to sit back and upgrade your weapons mixes up the equation as well. Hampering this highlight — some of the more interesting weapon and upgrade unlockables are buried behind a mountain of repetitive gameplay.

Besides offering a colorful weapon system, No Mercy does little to carve a niche in the ever-expanding FPS genre. Its price does draw attention, but simply does not deliver a quality product. Hungarian-based pinball wizards, Zen Studios, aren't known for their shooters. Cutting their teeth with a low-expectation release might be the best summation. The final product is interesting only for a limited amount of time when latency issues allow. Hints of continued downloadable content will not be well received without major improvements.

The Punisher: No Mercy