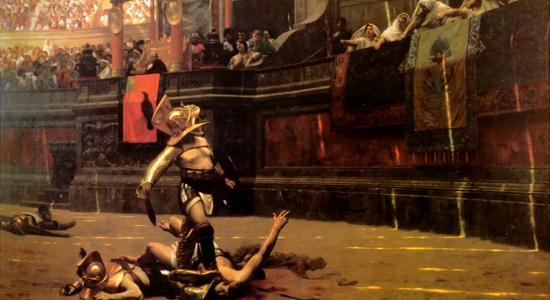 Put. The Wiimote. Down.

very console generation has been responsible for classics. On a larger scale, they've been responsible for many contemptuous clunkers. With the advent of the Wii, gaming has become more of a mainstream hobby than ever before. This surge has further prevailed with the advances of the iPhone and the Nintendo DS. I can honestly say, pretty much everyone I know is gaming these days. It's also fairly safe to say that these popular gaming gadgets are, by virtue, responsible for the largest influx of flops in the past 20 years.

Until recent years, I've always felt that my gaming comrades have been well-informed. While my taste in games might differ from some, the truly horrible titles were never spoken of, unless it were for a laugh. Gaming gossip, a favorite pastime of mine, has become an every day occurrence. With that, I've become aware that many of these rookie gamers are playing some genuinely insufferable titles. This revelation has brought about feelings, that have been difficult to express.

Perhaps it's guilt. How have I let those close to me suffer such indignities? What is the proper course of action moving forward? Should I inform the 60-year-old widower that perhaps, it would be more fun to dunk a Mickey Mouse fishing pole in your toilet than it would be to play Rapala's Fishing Frenzy? Do I ignore that my mother is playing a first-person shooter called Dark Maze on the iPhone? — A game so unworthy, its existence is insulting? Perhaps I only feel guilty for having scorned such gamers in the past. Now faced with this real-world relevance I'm left with nothing but a guilty conscience.

Am I the gaming equivalent of Paris Hilton? Can I truly be that shallow of a human?Maybe it's pity, I swear I feel pity. Not unlike those "Save the Children" commercials always seem to induce. While starving children in Africa is a more critical issue, I feel pity just the same. For instance, Daisy Fuentes should never be someone's lifeline to the world of fitness. It's an unspeakable horror, one that should never exist in a post EA-Active world. So I wonder, perhaps that pity is misplaced. Am I the equivalent of Paris Hilton, looking down on those "poor" have-nots of Middle America? There is an empty feeling in the pit of my stomach over these instances. Can I truly be that shallow of a human?

This occurrence has become so prevalent in my life, it must be more common for others as well. While I sort out these feelings and decide what the proper course of action should be, come discuss your stories of gamers playing bad games — with or without the weirdly emotional overtones — in our forums.