Icewind Dale on Game and Player 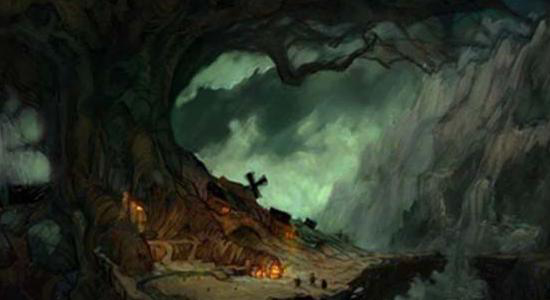 lack Isle Studios never failed to impress me as a teenager, wet behind the ears to computer gaming. By the time Icewind Dale was due out, I'd become a huge fan of their work with the Infinity Engine and couldn't wait for this latest title. It quickly became one of my favorite games and still holds that place in my heart. 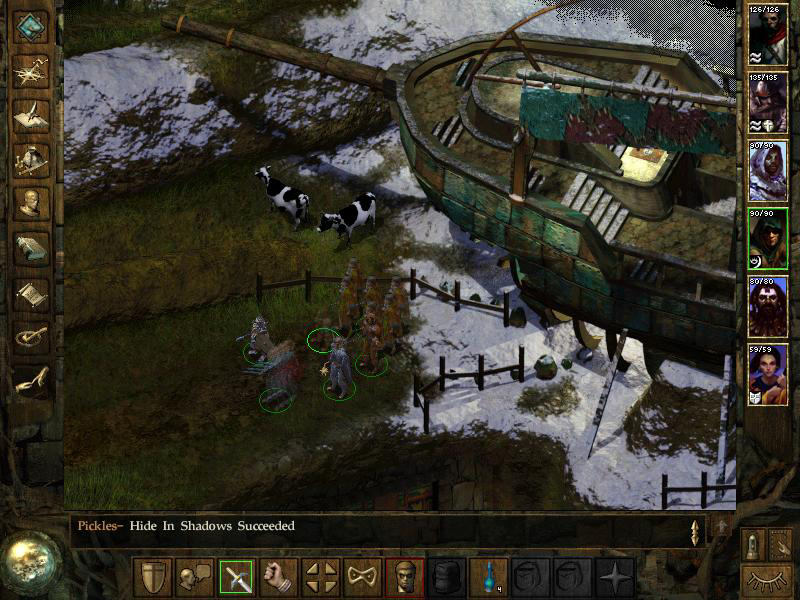 No VIPs: create a party
of one to six characters.

Icewind Dale tells the story of an evil that has plagued the Spine of the World, a cold, harsh landscape far to the north of the Sword Coast setting of Baldur's Gate. Your start your journey in the quaint village of Easthaven, where you soon join up with a band of adventurers to travel to another village known as Kuldahar, nestled in the roots of a giant tree, which is being plagued by evil. Not long after you set out you are ambushed by a group of giants who kill everybody in the company except for your group and block the path back to Easthaven. Upon reaching Kuldahar, you meet a wise druid named Arundel and explain what happened. He then sends you out on your quest to locate and neutralize this evil force before the citizens of Kuldahar fall victim to whatever malevolent power is looming.

Icewind Dale turns off the path of story-driven high fantasy we saw with previous Black Isle titles in favor of a delightful action-based dungeon crawl adventure. It felt more like an actual Dungeons & Dragons campaign TSR would have published back in the AD&D 2nd Edition days to accompany the Forgotten Realms campaign setting. Rather than focusing on a main protagonist who the story revolves around, it allows you to create a party of one to six characters, none of which have any significant impact on the story. Nobody gets any special treatment; no special abilities, or anything of the sort. This works out quite well for multiplayer gaming, too. Having the ability to create your own party presents a wide variety of possibilities. Almost any combination of classes will work, sometimes adding new challenges to the game.

Creating a well-balanced party is usually a good idea if you plan to get through the game without a lot of problems. Icewind Dale is not a game where you can easily bypass difficult situations by running away or talking your way out of it. The dungeon-crawl aspect of the game requires you to explore. If you didn't search that cave nearby the crypt, you might have missed the key that unlocks the door on the second floor. Each area is packed full of enemies tighter than ravenous fangirls at a Jonas Brothers concert (okay, not really, but there are a lot of enemies!). 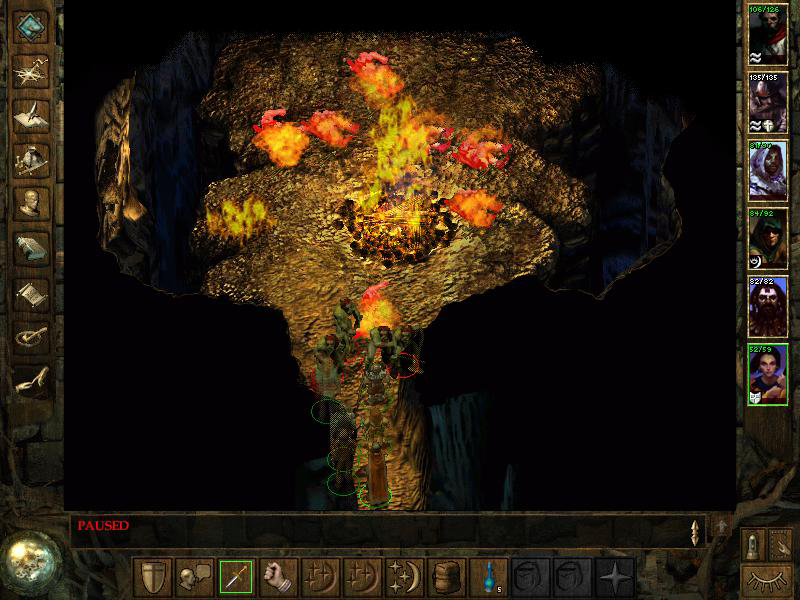 Another aspect of Icewind Dale that shines through is the music. The beautiful orchestral backdrop adds life to the game where previous Black Isle games would have very little music.

Icewind Dale may have fallen under the radar to a lot of PC gamers due to the highly successful Blizzard title, Diablo II. To anybody who falls in that category and enjoys a good romp with plenty of challenge, go play this game now! To the rest of you who have played it already, I hope you enjoyed it as much as I did.