Fallout on Game and Player 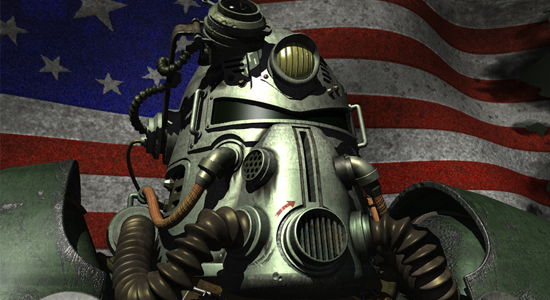 This classic title still holds up as a solid RPG today.

hen I was asked to write a retro review for Game and Player, Fallout seemed like a no-brainer. With the recent success of Fallout 3, and the announcement of the upcoming Fallout: New Vegas, I decided to revisit the games' predecessor. First hitting shelves in 1997, this classic title still holds up as a solid RPG today.

Fallout takes place in a 22nd-century, post-apocalyptic southern California, near what used to be Los Angeles. The hero is an inhabitant of Vault 13, a literal vault with all the supplies and housing for a group of people to live safely tucked away from the nuclear wastes. Problems arise when your vault's water chip goes on the fritz and you are charged with finding a new one. There are only enough supplies to last 150 days, or everybody dies. 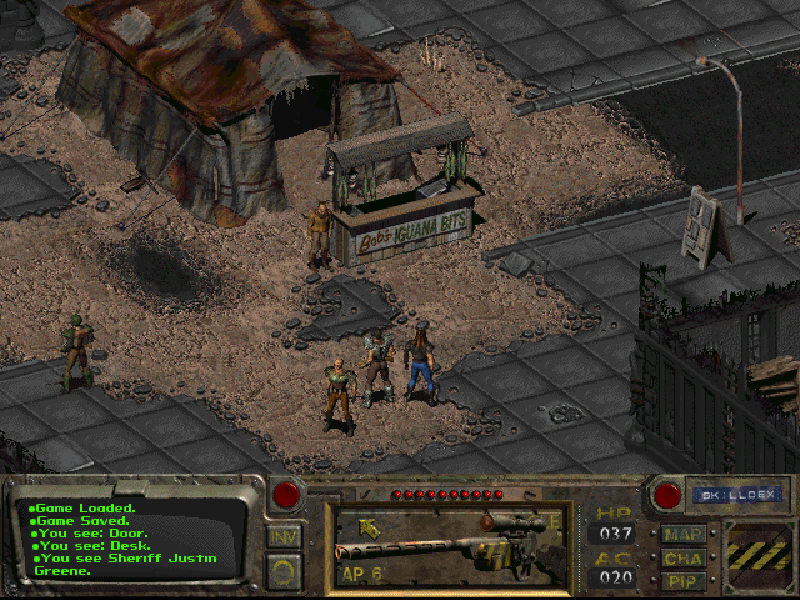 Venture out into the wasteland.

You venture out into the wasteland, search for clues, and upon returning with the water chip you find out there is something much more sinister and threatening going on outside the vault. A super mutant army is building at an alarming rate, much faster than nuclear fallout could possibly mutate naturally. This leads the overseer to believe they are being created. It's your job to find out and destroy the mutant threat.

Much of an player's Fallout experience is determined by a character's statistics, skills, and in some cases, gender. Fallout offers three pre-made characters for those who want to jump right into the game; or else players can create new characters with their own choices. This is where we are first introduced to the SPECIAL system. Your general stats can have a lot of effect on the game, such as dialog, how well you can wield different weapons, the amount of damage you do, and how well NPCs will react to you. You also have skills, traits, and perks, which help you fine-tune your character into a killing machine, a sneaky rogue, a charismatic smooth-talker, or hundreds of other possibilities.

Some aspects of gameplay are broken. A 10 in agility will allow a player two complete turns in situations where a single enemy initiates combat. A barter skill of 50% or higher will let you rip off anybody who trades with you (free ammo and stimpacks are nice, though). Karma seems to be only negatively affected when you kill friendly or non-threatening NPCs. You can rob everybody blind and still be the savior of the land. None of these issues were addressed in the patch, either.

The basics of game play are pretty straightforward. You move your character around a hexagonal field, interact with people and objects by clicking on them, and use the GUI to access your inventory, weapons, and skills. Inventory management is the most painful part of this game. One long column on your PIPBoy stores every item you are currently holding. That's okay if only five or six things find their way into your backpack, but packrats will have trouble navigating through 20-30 items. Bartering is made even worse because of this inventory system. 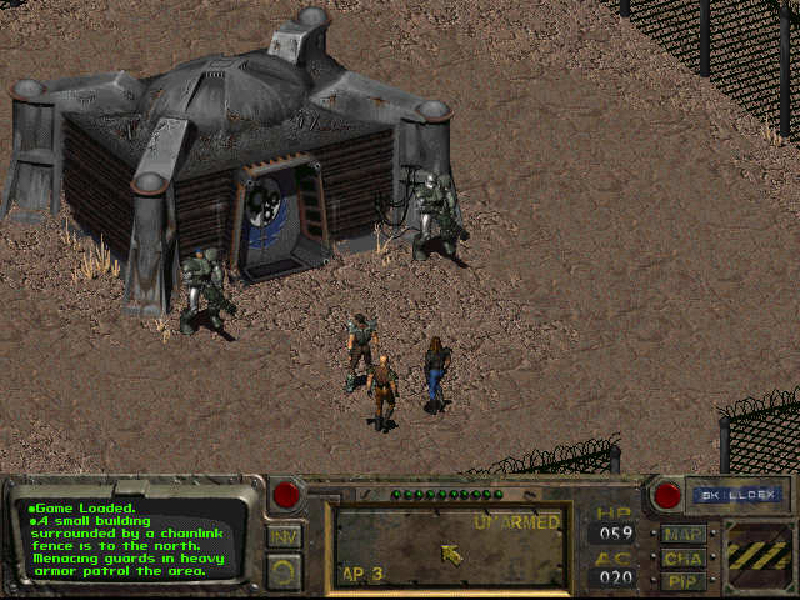 Many ideals carry over
from pen-and-paper RPGs.Although knowing how to blow a super mutant into chunks by blasting it with a barrage of shotgun shells or a well-placed rocket is helpful in this game, trying to be a cowboy will make for a hard playthrough. Oftentimes, finding out where to go next or what to do will leave you scratching your head. Reviewing your quests on the PIPBoy 2000 doesn't even help. Not that it's a bad thing; this can be expected from an older, Western RPG. Many ideals carry over from pen-and-paper RPGs, like actually interacting with people and using your brain to figure out what steps to take, rather than have your hand held on Mr. Toad's Wild Ride. NPCs can join your party along the way to aid you in your quest, including Dogmeat, the toughest canine of the wastes.

Over a decade old, Fallout still holds the test of time as a solid RPG experience. Its deep story and extensive world gives this title enough replay value to hold a gamer's interest, with a multitude of quests, events and locations that change over time, and a variety of outcomes. Just don't forget to pack your assault rifle.