A Pox on Whose House? on Game and Player 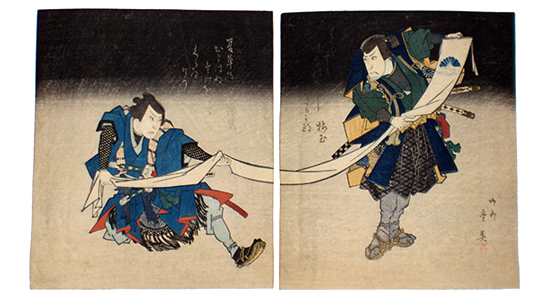 A Pox on Whose House?

A new trend among publishers looks guaranteed to hurt the family.

or as long as I can remember, my brother and I have been splitting the cost of video games. When Christmas rolled around, we'd go through the games each of us wanted and arrange our lists so as to prioritize based on games we both wanted to play. When Alan Wake came out, we divvied up the cost of the limited edition. Inside was a token for upcoming DLC, worth approximately ten dollars. Problem is, you can't split that token.

The DLC token in Alan Wake is part of a growing trend in the industry to incentivize the purchase of new games, a power play on the part of developers to wrench away some of the ludicrous profits of companies with business models centered on secondhand sales. If we assume that downloadable content in a story-driven game is something most players will want to experience, then we may as well include the cost of that DLC in the overall cost of the game. Buy the game new, and they'll give you a ten-dollar discount; buy it used, you end up shelling out more cash for the same experience.

The motive behind EA's move is pretty clear: publishers and developers lose money on most used game purchases.Of course, that kind of thinking doesn't work for people who still figure anything that doesn't ship with the game disc shouldn't be considered part of the game. My sense of entitlement to DLC doesn't actually mean I ought to have it for free. I paid for a full game, I got a full game, and if I want more, I should pay for it, even if some people don't have to.

I therefore present Exhibit B: Electronic Art's Online Pass. EA has already made a big splash with its announcement that henceforth all sports titles will come with a single-use code that can be entered to gain access to online features, including multiplayer gaming. Regardless of which side of the argument you are on, the thought processes behind the move are pretty clear: publishers and developers lose money on most used game purchases, particularly within the first six months of release wherein the "I wouldn't have bought it at full price anyway" argument falls flat on the basis that most used games retailers sell used games at a comparable price to new titles.

The ironic potential for would-be bargain hunters to end up paying ten dollars over new pricing as a penalty for trying to buy one of these sports titles used has fueled a significant amount of debate. Thankfully, my qualm doesn't require choosing sides, because I always buy new. However, sometimes "I" means my brother and I, or my dad and I, and here's where my concern comes in. Say my brother and I agree to split the cost of the new PGA Tour game. While I'm at work, he pops it into his 360, enters the code, and plays online with his friends. Then I come home and I go to challenge my roommate over XBL. Sorry, says EA. You're going to have to cough up fifteen bucks if you want to do that.

Sorry, says EA. You're going to have to cough up fifteen bucks if you want the full experience.It's one thing when content could be considered "additional" and the company is just being extra nice to those who buy new. But when you have to pay extra just to get the full standard experience — i.e., when the definition of "premium content" can include something as extensive as the entire online component of a game — the most likely outcome is that, as has been the case with anti-piracy policies, the primary victim will be the well-meaning, perhaps theretofore loyal consumers.

Should siblings be expected to buy multiple copies of the same game just so that they can all enjoy the whole game? What about married couples or partners with separate Gamertags? And even if the exclusivity is tied to the console rather than a Gamertag (as is the case with some DLC), should people have to shell out extra cash just because they play in different rooms?

I'd argue that splitting the cost — sharing, one might call it — is both an intrinsic part of gaming's history and of life in general. Sure, this new trend may potentially help companies earn back a little of the money they've been losing to used-game retailers, if people are buying used games right after they come out. In the meantime, there's one group guaranteed to get hurt: the family.

We all know someone who has given up on PC gaming because they've been burned by DRM protections that either lock them out of the game they paid for or run memory-eating processes in the background. For these people, the two logical routes are either to quit gaming or to be the pirate they are being treated like. I imagine the consequences will be similar as this trend continues. Piracy will grow, and meanwhile a great many families will decide that gaming is too expensive, or too inconvenient, to justify its continuance. GameStop may lose money, but so will EA — and gaming as a whole will suffer for it.

I'm unsympathetic to publishers and developers whose response to first-sale doctrine animating resale of temporary-use media like video games is to restrict access; going so far as to attempt to redefine owners of standalone products as lessees.

I see two better solutions. One, pursue lower prices and volume sales for titles that will not be valued by consumers as "must-have." Two, work to increase the longevity of titles that, unlike, sports series, aren't succeeded on a yearly basis.

Incentivising purchasing new copies is one thing, removing something as basic yet sweeping as multiplayer (especially on Xbox 360 where online play is a premium) is another kettle of fish.

Your point about sharing and lending is a good one and an issue that mainstream journalists would never mention. Are we expected not to let people borrow our games to some how balance the deficit brought about by piracy?

Adam, your predicament never crossed my mind until now, and I imagine it to be a relatively common one - a predicament that will only become more complex once Microsoft rolls out its Xbox Live "Family Plans"...

I've never had a problem with the used game market per se, but I've always found the business practices of places like GameStop to be unseemly at best. A private seller getting rid of their used copy of ODST for $30 makes sense, but when GameStop sells a used game at just $5 less than the price of a new copy (and then its associates look at me like I'm an idiot because I choose the new one), my blood starts to boil.

Brother, Can You Spare a Quarter?