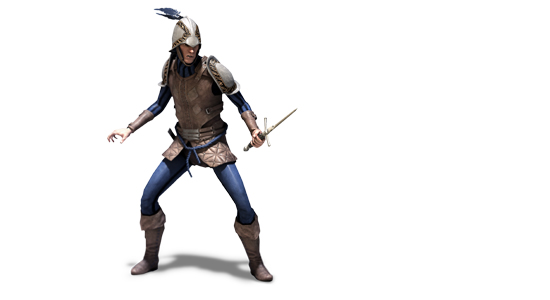 Can I trade this for a Rosie helmet?

ssassin's Creed has held one of the most consistently interesting storylines in any game series I've had the pleasure to play. Both of the first two installments kept a solid flow of intrigue and excitement from beginning to end. Many of those who played through the second game noticed a blank void in Ezio's timeline between sequence 11 and 14. The first of two missing chapters became available for purchase as downloadable content recently, and I picked it up, eager to uncover the lost memories. The initial excitement was regrettably short-lived.

Battle of Forli represents Sequence 12 of Ezio's playable memories. The events depicted within were previously dismissed as corrupted data by the tech assigned to operate the Animus 2.0. The fact of the matter is that nothing is added to the story by including this chapter, other than an extra 45 minutes of playtime and a second chance to take to the air in da Vinci's flying machine.

Five new segments make up Sequence 12 but none of those involve anything more interesting than a few running fights, and a prolonged chase through the mire outside the walls of Forli. Because I had already beaten the game, I jumped backwards to the start of the new content and played it straight through in less than an hour. If taken in the context of the game and allowed to take its place in the story properly it may have slightly more meaning, but I suspect that because of the lack of challenge or innovation involved it would merely heighten the player's anticipation of finally reaching the endgame twist.

I can only really recommend this download to those completists out there who like to feel that they've gotten every last tidbit they can from a story, or the obsessives who just can't stand having an empty slot in their numeric sequence. Otherwise, there are better ways to spend those 320 Microsoft points. It's your choice, but I'll tell you this: I'd rather have bought the Rosie helmet to complete my avatar's Big Daddy ensemble.

Thank you for posting this. I had a feeling the expansion wasn't going to be too time-consuming or game-changing.