Savage Moon on Game and Player 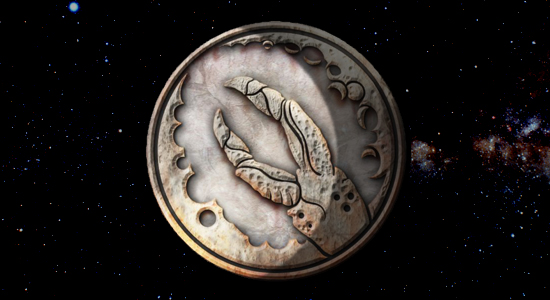 avage Moon, developed by FluffyLogic for the PS3, is a member of the underutilized tower defense genre of games. In it you defend a mining operation from wave after wave of an inexhaustible swarm of Insectocytes. Humanity has long since expunged all the available resources on Earth. In order to survive and expand as a race we've turned to the stars. Out there in the infinite unknown, objects called Imoons have been discovered. Not unlike asteroids, Imoons are loaded with precious materials and vital resources for space travel.

Defend your base with everything
from machine guns to repair towers.

There is, however, one vital issue: Imoons are essentially sentient creatures and defend themselves by attacking hostile invaders with the Insectocytes that they keep living within their cores. Ethical issues of attacking a giant sentient being aside, it's up to you to defend the mining operations to ensure the continued expansion of humanity.

The game has two areas of play. There's the single player campaign, which takes you to 12 different Imoons taking on a set number of enemy waves on each; and Vengance mode, which allows you to play against endless waves on the levels that you've completed. Your defenses consist of weapon drop pods that you can call down, from the simple machine gun turret to the vital repair towers and strategic chaos towers. The variety of options to choose from is helpful, as there are quite a variety of Insectocytes that will be sent out against you.

More advanced weapons that can be used need to researched first, and all towers can be upgraded several times — assuming that you've researched that ability. You get a set number of pods to drop for each wave, but there are ways to modify this. Part of the tactical aspect of this game is the number of ways to change how it plays.

The simplest is to call in the next wave before the current one is killed off. The advantage here is that advanced waves have different Insectocytes in them than you would have otherwise have gotten by waiting; and, too you'll receive a cash bonus for calling in a early wave. The downside is that you'll be dealing with more Insectocytes in that wave but depending on how early you called in the advance, you can earn more drop pods when you finally do manage to clear that wave.

Another way of changing your tactical options is to modify the traits of your defense towers. You can have them increase their attack potential, their overall defense or have them earn more money for each defeated Insectocyte. You can have two enhancements active at any one time but you'll receive larger bonuses for that trait if it's the only one active.

While the game may not be the prettiest out there for the PS3, the visuals are sharp and clear. Enemies and your defense turrets are easily identifiable so you'll know exactly what you're up against and what you have on your defense line. The music for the game really isn't anything special — but this is made up for by the sound effects. Guns are loud and let you know what's working and what isn't. There's nothing quite so satisfying as hearing a volley of gunfire going off in this game. It's really quite well done.

Do you love the sound of
turret fire in the lunar morning?There are a few issues with this one, though. For one, after you clear the training levels the difficulty for the game really ramps up. In part this is understandable, as the developers are trying to get you to try out different tactics — but it's usually very hard to change gears while you're getting attacked. You'll likely have to restart the level to try out something new, which can be a bit frustrating. The good thing about this is that the game doesn't really bother with the hand-holding that so many others seem to give to players.

The other issue that I had with this game was more of an annoyance, so it's possible that others may not see this in the same way that I do. When the first wave pops up you're treated to a short video of a security camera panning around, and then it moves to the location of where the first Insectocytes pop up. My complaint with this video is that it can't be skipped. While it may be blessedly short, watching these videos quickly became annoying when I had to restart a level to modify my defensive strategy.

Savage Moon is something that you should try if you're a fan of this kind of strategy game. If you aren't, the sharp spike in difficulty may not be something you'll be able to tolerate for very long.