What better way to bring back Nintendo's glory days of multiplayer?

he Nintendo 64 wasn't known for it massive library of games, but it did have several groundbreaking titles. In 1997, one of these was released: GoldenEye 007. The N64 version was developed by a team of neophyte game developers, only two having previously worked on any game projects at all. The game would go on to meet critical success and go down in history as one of the best games of its time and one of the best multiplayer games created. Oddly, the multiplayer portion of the title was only an afterthought by the developers, the majority of which was coded by only one team member.

Owing to its runaway success and the love of all things nostalgic, what better way to bring back Nintendo's glory days of multiplayer than with a fully fleshed remake? Thanks to Eurocom and Activision, we have just that. A lot of work went into creating a believable remake set in modern times. Pierce Brosnan's Bond has been replaced by Daniel Craig, and the game's mood reflects the change. Bruce Feirstein, who wrote the film script, was brought in to write the game's script and update it for modern times. Characters have different backstories and Bond uses a smart phone to replace other gadgets. The composer who currently scores the Bond movies wrote the score for the game and a cover version of the theme song was beautifully done. Even the voice-acting added to the updated title is very well-done, featuring the talent of Daniel Craig, Judi Dench, and Rory Kinnear. 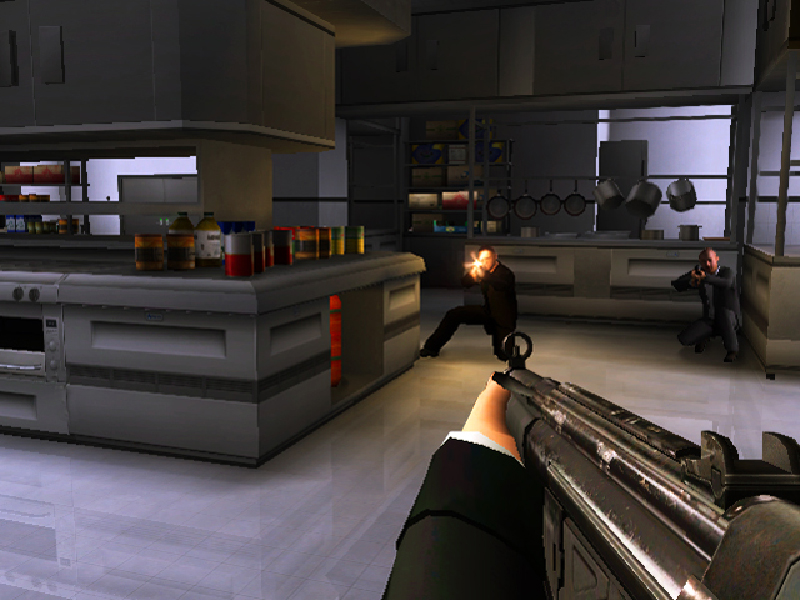 Nostalgia has limits: the old style has been replaced with a more modern shooter engine.If your memory isn't too hazy, you'll be greeted with an instant flashback upon starting the single-player campaign. The first area in the opening scene pays homage to the original by being an almost picture-perfect update. Everything afterward has been changed quite a lot, but in a good way.

Of course, the original hasn't aged well in a time where FPS games have become so fast, accurate, and hectic. The old style has been replaced with a more modern shooter engine. The cover system isn't the greatest — you can only crouch behind objects to hide but will come out of cover when aiming as if you were taking cover — but overall mechanics work surprisingly well.

The campaign is short, but sweet. The plot is still roughly the same as the original game and only takes around 5-6 hours to get through unless you've perfected running the levels. Every level in the remake has been overhauled tenfold and to great effect. The level design itself is one of the best qualities of the game. A level unique to the remake was added to fill in part of the updated story arc set in a Barcelona nightclub, featuring a remix of the hit club track "I Remember" by Kaskade & Deadmau5, which scored huge bonus points in my book because I love the song. 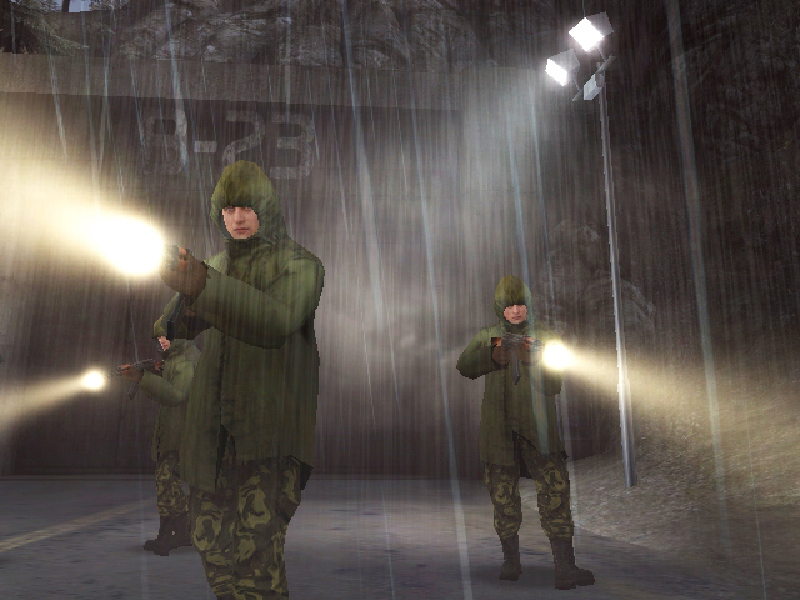 Level design itself is one of the best qualities of the game.When you start playing harder difficulties, more objectives are added. The additional objectives are sometimes easy to miss, which can be very frustrating when you finally complete a level only to find you've bypassed one of three or four tasks. It's not necessarily a problem, though, considering the developers want you to search around a bit and discover things rather than just blow through the stage with an AK-47 and a thirst for fading polygons.

Now we can't discuss this game properly without covering one of the key reasons everyone was so looking forward to it: the multiplayer! Eurocom set to bring console multiplayer back to its roots with this game, and rightfully so. Offline, up to four players can battle it out in all the split-screen glory that hearkens back to the countless hours spent huddled around a 19" TV with a group of friends. The fondly remembered mods are back including paintball mode, melee-only, and the golden gun, among others. Unfortunately, there is no option to play with computer AI offline. Eurocom understands that we can't always get a group of friends together for couch multiplayer, though, so the current trend of online multiplayer was added. Players gain experience during online multiplayer that unlocks extra online game modes. Online matches can also have up to eight players.

Any negative criticisms I have toward this game are few and far between, one of the biggest being that there is no button-push animation; instead, you pistol-whip elevator controls into submission. The positive aspects of the game heavily outweigh any negatives and I think Eurocom did a fantastic job, especially with the amount of effort put into creating a detailed modernized reworking of the script, characters, and plot.